Do you have a great idea brewing in your heart? Have you started multiple projects but never felt they were good enough to release to the world? Are your projects, like many of mine, never… ever… finished?

If so, this post is for you. Today, I’d like to share how one scene from Indiana Jones and the Last Crusade changed my mind for good about being a perfectionist.

Being a Perfectionist has become an epidemic in our people pleasing society.

Perfectionism has killed millions of ideas and stolen countless fortunes. In my life, being a perfectionist has been an anchor with its chain looped around my ankles and its fluke dug deep in the seabed of mediocrity (now that’s some fancy sailor metaphors right there!).

The worst part about this is that we all know this is what perfectionism does. I’ve read books and blogs and heard sermons galore on the subject, but if you are like me, sometimes it takes a real-world tangible example to snap the mind-shackles off to get me moving. The abstract is not enough because at my core I only act on the things I honestly believe. The key is to make me see it. Make me believe.

Well, as of today, I do believe.

A few hours ago I discovered a real-world example of how perfectionism could have robbed the world of decades of laughter, cost thousands of jobs, and stolen over hundreds of millions of dollars in revenue.

I finally became convinced while watching the movie Indiana Jones and the Last Crusade. During one of the most famous scenes, Indiana and his father are flying in an airplane. They are being chased by two fighter aircraft. It’s hilarious. So please, take a quick moment and watch…

Did you notice anything strange about this classic scene? Well, let me help you – there’s no wind. Go ahead, watch it again.

That’s right. In one of the most beloved films in American Cinema history, they did not add wind to an open-air plane chase! Now, this was clearly done on purpose to remind us of the old movies, but when I caught it, I jumped on the net and searched for other goofs in the film. Do you know what I discovered? There are around 168 goofs in this amazing production *.

Yet, with all of these so-called mistakes, Indiana Jones is still one of my favorite movies (even after I know about all the mess-ups). The film is a classic. Never once, in all my years of watching, have I noticed these goofs. Why? Because they are not important. They do not matter. The end product is awesome, beloved, and cherished. For my wife, Darlene, these movies helped put in her a hunger for adventure that has turned into real world-wide adventures. As for me, I own both a leather jacket and a fedora.

What would have been lost has this film never been released? I have no idea how to calculate all the jobs and money this Indiana Jones film made, so I’ll just quote the box office number – $474.2 Million! How many jobs is that? How many hours of clean fun? How many cultural references?

If they had not released this film, we would have none of it. Indiana Jones would be another idea bouncing around in somebody’s brain. But they did release it, and now the name Indiana is forever linked to a fictional adventurer with a cool hat and jacket.

You and I cannot afford to let our fear of what people think and our tendency to be perfectionists keep us from ever releasing our ideas to the world.

What you have inside of you could shape culture, saves countless lives, gives jobs to thousands, bless millions with joy. In contrast, by being a perfectionist to the point of not letting our babies out into the world, we will rob the world of the light God put inside of us. When we chance that we may make a mistake by releasing our creations and gifts to the world, we let our God-given light shine! We bless the world, and the world in return rewards us for blessing them!

The other day, I watched one of our first season episodes of The Revolutionary Life. I literally cringed at our bad cuts and bad audio. We’ve gotten SO MUCH BETTER for season two and three. Seeing those mistakes hurt. But the truth is that even with those mistakes, thousands have watched and been inspired. Also, if we had never made those mistake, we would never have gotten better at producing! It is those mistakes that teach us how to get better for the next release.

My friends, being a perfectionist is dangerous.

We must learn to do all we can to make what we give to the world amazing, then let it go. It is my belief that the airplane scene from Indiana Jones was not a mishap. I believe Steven Spielberg, in all his genius, did this on purpose. At the very beginning of the scene, when Indy and his father jumped into the bi-plane, his father yells, “I didn’t know you could fly a plane!”

Indy’s response is now classic. He yells back, “Fly, yes. Land, no.”

I believe Spielberg left the wind out as a throw-back to old movies, but also to state that sometimes you have to jump in and fly, hat and all. Sometimes you have to pull the handle and take the chance, even if you don’t know how things may turn out.

Who knows, you may create a timeless classic, but if not you will get better for the next time.

What have you learned about perfectionism? Are you a perfectionist? How has it affected your life? Share in the comments. 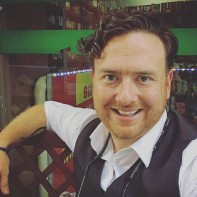 Dustan Stanley
Dustan Stanley is an evangelist, missionary, and writer. I help people discover their new identity in Christ, find their place in the Great Commission, and get started! My wife, Darlene, and I are the founders of Hasten International Mission and host of Hasten TV and The Revolutionary Life television series.
© Hasten International Mission | Phone: 1 (833) 442-7836 | [email protected]